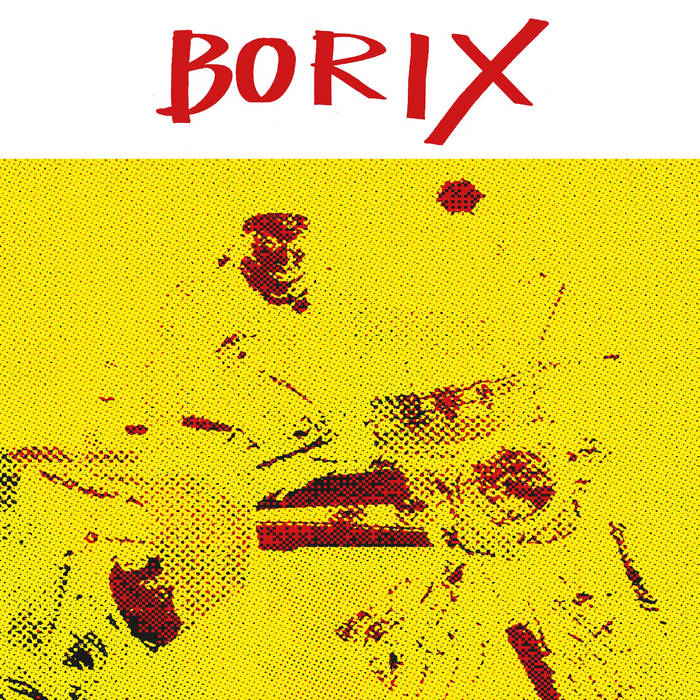 1. Fringe Society is Greek born-Berlin based Niko Raptis‚ a project which is influenced by his musical roots of US/UK Punk Rock and Indie, Experimental Electronics and Cold/Dark Wave. God’s Children is a slow, driving track dripping with nostalgia. He has since released more music on Wrong Era/Slow Motion and Ombra International. The track was released in 2018.

2. Teniente Castillo & Mufti is the project of Play Pal Music founder Teniente Castillo & Bernardo Barrera, one half of Los Fugazzi, producer and DJ from Guadalajara, México. A Bit Of Sickness is a late night driving track that goes deep and dark. The project debuted on Relish. Both artists have been busy and releasing on labels such as Curses’ Ombra INTL. and are inspired by 80’s music, different Rock variations, and electronic Music. A Bit of Sickness was part of REPVIII released in 2018.

3. Curses released his 2nd original Dead Last on Relish in 2018. A Dark-Noir-New Beat influenced track for the Dancefloors. Curses is the Dark Italo and New Wave inspired project from Luca Venezia. He has released on labels such as Throne Of Blood, Dischi d’autunno and on his own imprint Ombra International.

4. Fabrizio Mammarella, the figurehead of the new Italian sound contributed to Relish with Magnesium for the second time, after having remixed Younger than me’s Disco Rootz in 2017. Magnesium is a pure dancefloor monster that came out in 2018. He sometimes joins forces with his partner in crime Philipp Lauer in their project Black Spuma. Together with Franz Scala he runs Slow Motion and the sub label Wrong Era.

5. The Mansisters – Tex Control was reworked by label Boss Robi Insinna in 2018. The Original was part of RELISH COMP VI and is a Post-Punk – New Wave – Techno influenced track produced by the Danish/ Icelandic duo The Mansisters. They have released several tracks on Relish. The Mansisters are DJ and producer Kasper Bjørke and Jon Atli / Sexy Lazer.

6. Younger than me released the highly acclaimed Warning Code EP in 2017. They also remixed Curses – Her Violence Beauty, so he returned the favor and remixed the title track for REPVIII in 2018. Curses added his touch to the Machine Psychedelia of the original. They are an Italian duo out of Milano. The production is inspired by Italo Disco, Post-Disco, New-Wave, House and Electronic Music with the inevitable 80’s twist.

7. Niv Ast is a producer and a DJ, based in Tel-Aviv. He’s been playing in Tel-Aviv clubs for many years, in places like the Breakfast Club, The Block and Alphabet. In recent years he’s been performing and releasing various albums & EPs, including a remix from Autarkic and releases on SC&P, Materia and more. Tatiana was originally released in 2018 on RELISH COMP VI.

8. Bozzwell aka Hiem is a Relish veteran who released Isolation Underground on RELISH COMP IV in 2015. The track guides us along with his poetic lyrics and tainted electro rhythms.

9. Justine already contributed Vocals to Headman’s Dechainee on Relish, her first original release was the cover of Siouxie & The Banshees for REPVII. The cover version was remixed by Robi Insinna in 2018. It’s a minimal stripped-down version with a touch of 85’. Justine is a French vocalist and producer who recently relocated to Mexico City.

10. Pin Up Club is an underground dance/electronica act from Amsterdam. Their music can best be described as trippy leftfield electronica with dark disco and EBM flavours. Pin Up released on Bordello A Parigi. They got a call from outer space and were summoned to take their drum machines and synthesizers and record a heavy electro stomper full of guitars, dark choirs and a punchy theme to surpass space and time in a salute to the Relish legacy. The track was part of RELISH COMP V from 2017.