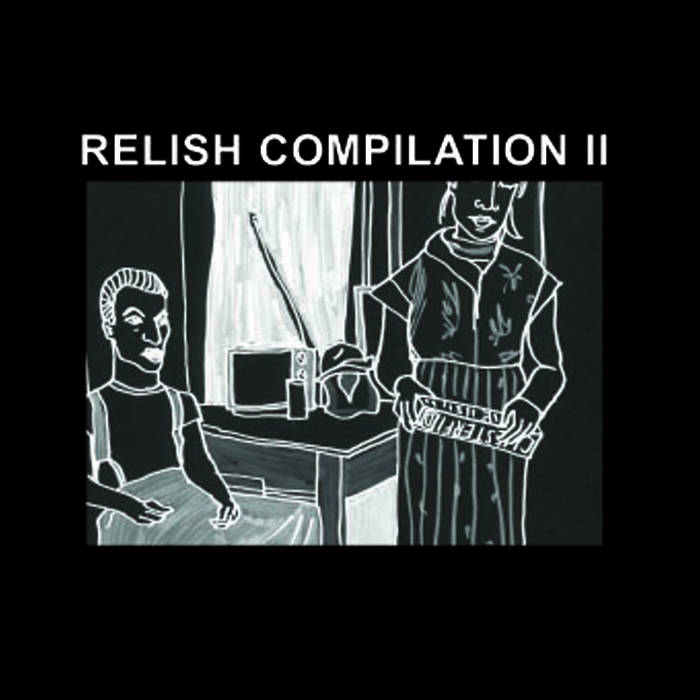 It’s been three short years since the introduction of the Relish Compilation idea. With the Debut comp showcasing it’s then roster, including the likes of Yuksek, Riot in Belgium, Don Cash, Nemesi, David Gilmour Girls, Franz+Shape and Dennis Young.

Relish Compilation ll is the second installment in the series with new material, remixes and debuting some new talent recently signed to the label.

Robi Insinna a.k.a. Headman/Manhead is the founder of RELISH, which is known as being at the forefront of the nu-disco movement alongside, friends and contemporaries, DFA Records, Output Recordings and Kitsune.

Founded in 2001, Relish Recordings first release was Manhead, whose sound predated the current Cosmic disco revival by years, and maintained this high standard, while expanding with new artists to show Robi’s diverse taste, most of which were on the first compilation.

The second issue is about all things new with a hint of history just to balance it out. Keeping things rolling, the all business HEADMAN adds yet another new track to the catalogue with “Random Disco”, showcasing that revitalized disco sound he helped foster as well as two different remixes of ‘Dirt’ by The C90s and Shazam. Keep in mind he has a collaboration with Dieter Meier from Yello under his belt and his highly anticipated new album due later this year AND remixes for THE UNITS, THE DOVES, ZONGAMIN and THE INVISIBLES all out by years end.

One of the first signings on the label was Dutch duo David Gilmour Girls, who return with their first new material since their 2007 debut album ‘VULTURES’.‘ONE FOR THE GIPPER' is the result of a two year hiatus spent in a mescaline fueled exile on the great plains. The result? The rock sensibilities that defined their earlier work are even more apparent while they still maintain a dance floor groove. Also featured is an unreleased Michoacan rework of ‘Tune in Your Aura’.

Keeping up appearances, RELISH adds new talent to their roster with London-based THE C90S debuting “10:01”. Formed over a mutual appreciation of disco beats, handclaps, cowbells and vocoders these two DJs have rocked floors over the UK and Europe for the last two years, while also remixing the likes of Filthy Dukes, Headman and Tronik Youth.

The classic Units track “High Pressure Days” is one of synthpunk’s greatest anthems while at the same time becoming a dancefloor classic among dj’s like Danielle Baldelli. 30 years later, Relish Recordings proudly re-released the track on 12”. The Headman and Rory Phillips remixes are featured on this compilation.

Relish alumni Don Cash and Nemesi are the last additions to the cd, delivering tracks which are remixed by, respectively, Zongamin and Prins Thomas.