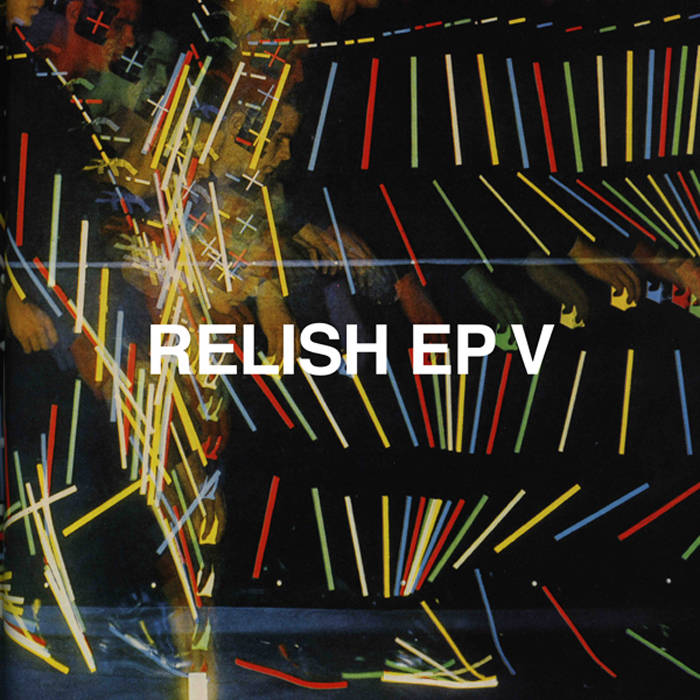 Robi Insinna aka Headman’s Relish Recordings continues to forge in the past and brings you a collection of classic tracks reworked for today: Relish EP V including Unknown Cases, Units Dub by Headman, Gina X Red Axes version and Headman’s original 2003 Dub.

First up is Headman’s version of Masimbabele by The Unknown Cases.
The original track has been performed and recorded 25 years ago and was originally released as a 12″ single by RoughTrade. Members were Cologne musicians Helmut Zerlett and Stefan Krachten (disciples and regular collaborators of the CAN musicians) and legendary African percussionist REEBOP KWAKU BAAH and it has actually been mixed at CAN STUDIO in Cologne.

Masimbabele was originally regarded as “a modern form of rhythm’n’blues” in the original 1983 Rough Trade promotion info – since nobody involved had heard anything like that before….no surprise it became one of John Peel’s favourite records of the early 80s and one of his most played singles in 1983. it became since an Afrobeat classic! it was also Remixed by Adrian Sherwood in 1989 for RoughTrade.

As second track on the EP is Headman’s unreleased High Pressure Days Dub by The Units. In 2009 the Original was release digital and on Vinyl via Relish with a remixes by Rory Phillips and Headman.

The Units were a cornerstone of this unofficial movement, later called “synth punk” and which would come to define a greater west coast DIY culture combining new synthetic sounds, ranging from Nervous Gender, Screamers and Monitor, to The Blackouts. High Pressure Days is a testament to the loneliness and urgency of the times, and one of synthpunk?s greatest anthems while at the same time becoming a dancefloor classic among dj?s like Danielle Baldelli.

Next up is the Red Axes remix of their all time favorite track No G.D.X. by Gina X. They say it was something very special for them, as the track means a lot to them. Headman’s 2003 Dub is the final track on the EP and it was released originally by Hell’s Gigolo Records.

Released in autumn 1979, No G.D.M. slowly took hold with disparate audiences worldwide, and remains a classic to this day.
Sometimes the man-machine is a woman… or is it? It’s hard to tell in the twilight world of Gina X Performance — the collaboration of singer/lyricist Gina Kikoine and producer/multi-instrumentalist Zeus B. Held—confounded the norms. Their songs blur genders and sexual preferences; rouge covers stubble and women morph into men.

No G.D.M. became a staple of Rusty Egan’s playlist at Blitz, the epicentre of London’s fashionable nightclub scene. Groundbreaking in its choice of sounds, subject matter and visual presentation, Gina X Performance anticipated the better- known achievements of countless peers: the sleazy electro-noir of Soft Cell; the androgynous stance of Annie Lennox and Grace Jones & Laurie Anderson’s marriage of electronic pop with performance art. The entire “electroclash” movement at the turn of the 21st century owed a debt to GXP with Miss Kittin & The Hacker topping the list and it also anticipated the UK synthpop boom of Human League and Depeche Mode by a couple of years…